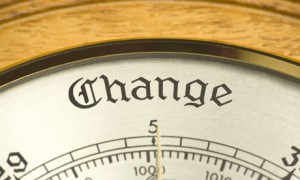 I used to be surprised by the masses of people who blindly follow and believe in religion, but in recent years, that surprise has been overshadowed by the shock of how so many apparently intelligent people are blindly believing the hype about Climate Change. It was not all that many years ago that it was being referred to as Global Warming, but that had to be changed after the predictions didn’t eventuate. The fact that this nonsense on Climate Change being caused by mankind is now being taught as fact in our schools just goes to show how much money is being invested in the science that the scientists will do and say almost anything to cause panic in the masses that the world as we know it is going to self destruct if we don’t stop putting CO2 into the atmosphere.

“What is normal for planet earth?” – This is a simple question, yet it seems to be unanswered, so how can we know we are on a path to destruction?

If only people would open their eyes and listen to the real scientists and the real facts that are being presented, and not bent to suit your perceived model, you will see there are lots of questions surrounding the so called science that is being shoved down our throats. I do not deny that things are changing, but history shows us that things are always changing on this planet and I am sure that they will continue to change well after mankind has vanished from the face of the earth.

Here are a couple of documentaries that I suggest everybody watch.