Over the years there have been numerous improvements in servicing tools such as soldering irons and desoldering tools. These are some of the tools which I have used over the years in the industry.

One of the very first soldering irons I used was a Scope soldering iron, which consisted of a 5V 30A transformer and separate hand-pieces. I still have my unit sitting in an old toolbox in the back room. Maybe one day I should donate it to a museum!

I had the Superscope hand-piece like this one below which was made of Bakelite and after many years of use became quite brittle. The later updated the design to use new generation of plastics which were quite a bit better at keeping the heat away from the handle and did not seem to become brittle with age. 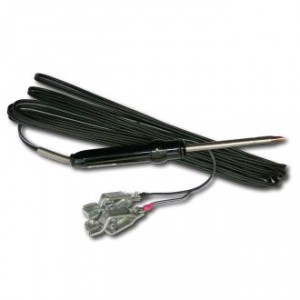 I also had the Miniscope hand-piece later on, which was quite a bit smaller and easier to get into hard to reach places on tv's, vcr's and cd players etc. The temperature on the iron was controlled by the user by holding the switch down and letting it go to regulate the heat at the tip, which was a bit of an art, but once you got used to them, they became quite easy to use.

After the Scope came one of the most well known Hakko soldering irons on the market, which is still around even today, the Hakko 936 temperature controlled iron. These irons were the work horse and compared very well to the Weller and Pace equivalent units that were also on the market. I still pull this unit out from time to time when I need to do some work on the road, or away from the workbench and its just too hard to get the bench iron to the job.

The next upgrade was not really an upgrade as such. I got a Hakko 701 which is a combination of a 936 iron and a 474/808 desoldering gun. I still use the desoldering gun on this unit, but the soldering iron has been put away in favour of the Metcal unit listed below. 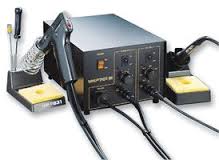 Speaking of desoldering, this Weller unit was one of the first powered desoldering pumps which I used, and for its time, it did work quite well, even if it was quite a large unit and it was laborious having to press the plunger back in each time.

The late came a few years ago. It was a Metcal MX-500 series soldering station with both the Metcal Advanced hand-piece and the UltraFine hand-piece which I install a 0.2mm ultra fine tip into for those fine repair tasks that are just too small to use the standard iron or hotair for. This iron has been without a doubt the best iron I have ever used. The unit has lots of power to tackle those lead free solder boards that you just could not tackle before with the likes of the older Hakko irons. Add to that the ability to quick change the tip's along with the massive range of tunnel tips for smd devices, such as dpak, soic, sop, soj, som, qfp, sqfp, tqfp, plcc and the unit is hands down the best irons that I and my best friend Jomac have ever used. There is a brand on the market called Thermaltronics which is very similar to the Metcal units, but in my experience, the power supplies do not have the power of the Metcal unit and the tips do not last as long or have the same quality or feel of the Metcal tips.

Now we live in the world of BGA devices, it became apparent a number of years ago that without the correct tools, a lot of boards would simply not be repairable by us, so we got the Metcal APR-5000-DZ Rework system. This unit consists of the main unit pictured below and a PC with software which in conjunction with the sensors on the unit and a high power camera provides the ability to rework boards up to about 30 x 35cm in size. This unit has been absolutely unbelievably handy to us and has allowed us to repair so many boards which we would have otherwise had to write off or send off to the manufacturer for repair.

This is the latest edition to the work bench replacing the Hakko 701. I purchased the Hakko FR-400 Desoldering Station which is rated at whopping 300W and has the power to tackle those heavy ground planes etc. I have not had the unit for too long, but I am really liking its power. 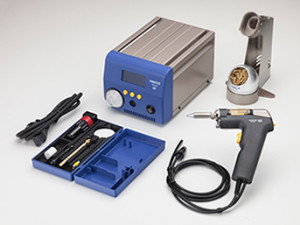 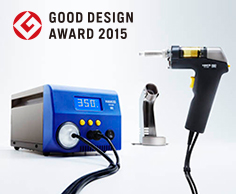 The latest edition to the toolkit is a Wellon VP-998 Universal programmer. This unit supports some 80,000+ IC's and includes ttl/cmos and dynamic/static ram tests. 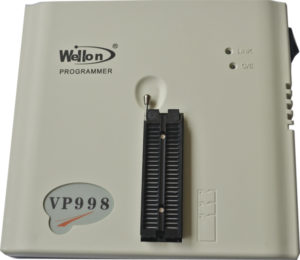 Purchased a digital microscope to get high quality look at smd components and for very small reworking of components. 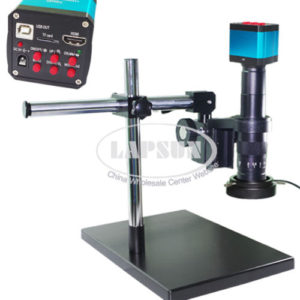 Purchase the professional Repair Kit to perform better quality repairs on circuit boards. This toolkit contains all the necessary items to perform repairs out of the box.